Posted on January 21, 2016 by Lone Tree Farm on Kanaranzi Creek

During the night on March 13-14, 2014, the cut-off meander east of our house formed. A series of small landslides made the bank lower and the water started to flow through that gap instead of along the regular old channel. These photos were taken on the morning of March 14. 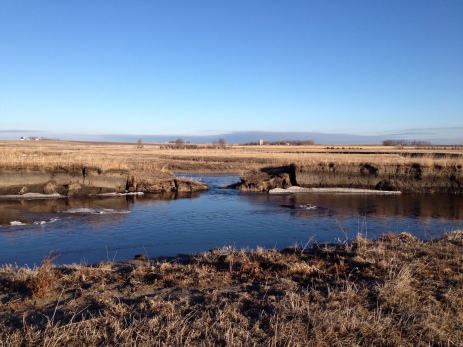 This is the view looking north. The water is flowing from the right and splitting to go through the gap, with some still flowing into the old meander channel to left. 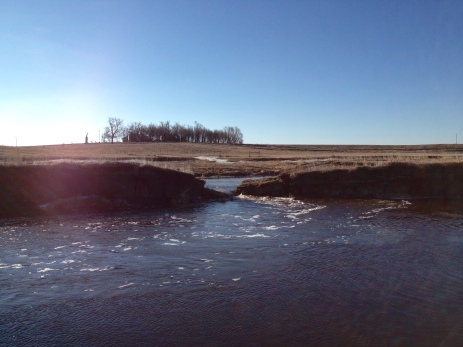 This view is back looking north and shows the remnants of the landslide blocks still hanging on to the east side of the gap.

There was a similar cut-off on a meander loop back in the early 1980’s, but that one was not associated with landslide blocks. It’s located upstream from the photos.  And, even longer ago in the late 1930’s there was one just down stream from the 2014 event.

So, the Creek is like the families that live beside it: the only thing constant is change.